Every month, a newsletter on a City Break, to unravel the mystery of a European urban jungle and to have access to not necessarily feasible experiences .
1st city break: BOLOGNA !

An experience, a place, and … see if it’s possible without Pop In or not. #challenge

In 2013 came to birth Pop In in Italian earth, in Bologna. Unknown in Europe and yet renowned in Italy for its revolutionary, gourmet and educated personality, Bologna is a jewel preserved from mass tourism and still totally authentic. Run there !

Even standing on tiptoes and taking a glance between thick curtains, impossible to see behind the large windows of the downtown palazzi?

Walking down the corridors, slipping into the kitchens, jumping on a bed covered with brocade before a lunch in the park?

POSSIBLE WITHOUT POP IN OR NOT  ?

Possible !!! : Take a taxi or a car to the Palazzo Albergati on Sunday morning for a brunch under the magnolias of the sublime park of the medieval palace … then look for Roberto, say you come from Pop In the City and ask for a visit of the castle !
Palazzo Albergati, Via Masini, 46, 40069 Zola Predosa BO
Brunch at 36 € for adults, from noon to 4 pm. Prices of squires. 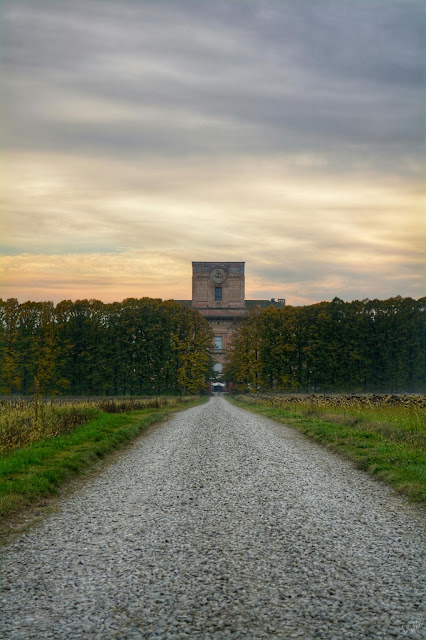 PLAYING SHERLOCK HOLMES AT THE CEMETERY

As many dead people in this cemetery as inhabitants in Bologna … Not creepy at all ! It is one of the biggest cemeteries in Italy, a stunning place, full of architectural treasures and passionating testimonies of the time passing by.

So, going on the trail of mysterious characters …

POSSIBLE WITHOUT POP IN OR NOT ?

Possiiiiible !! All you have to do is take the bus to the Certosa Cemetery, and you are offered a challenge on site, find the tomb of:

In some courtyards of the cemetery you will find ladders … climb the trees to eat figs!
Cimitero della Certosa, Via della Certosa, open from 8 am to 5 pm

No one will think of mentioning this slightly disconcerting dish: the pig’s head in cauldron, returned for hours in a broth … an old dish typical of the Bolonian countryside!

SO, POSSIBLE WITHOUT POP IN OR NOT ?

Impossible. Unless you speak Italian, know a local shepherd (like we do !) who agrees to take one of his beasts out  and to prepare it … It seems difficult! You will fall back on a carpaccio al manzo, carpaccio with fresh mushrooms and celery. It’s a little more aesthetic and digestible.
If you are a vegetarian, try the ultimate Bolognese specialty: tortellini in brodo: a broth, some mini tortelloni … and we cover it with Parmesan cheese. Hmmmm!

RAPPELLING DOWN A MEDIEVAL TOWER

Matteo will take you for a tour around the property: first the romantic room for 2 (the tower is haunted but it can add spice at night), then the dining room, followed by the old prison with the crosses of the damned on the walls, And finally, 70 meters high above the ground: the terrace!

What?! Don’t want to go down with the stairs?

SO, POSSIBLE WITHOUT POP IN OR NOT ?

Impossible !! Sorry no, not possible without Pop In. However, if you notify Matteo early enough and tell him you come from us, you may be able to enjoy one of the last tower rooftops in the city.

Ti piascono le ragazze francese? (Do you like French girls?)
Arrived at this stage of our article, we are tired of having plunged back into our archives, our googlemaps, having spoken to our Bolognese buddies in Italian-French …

POSSIBLE OR NOT POSSIBLE WITHOUT POP IN ?

Flirting in Italian ? That’s the BEST way to progress in the language! We do not know if, without the urgency of the race, you will dare jumping in the car of the most attractive Italians and engage in conversation … but around a Spritz or each one of you on the opposite sides of a spaghetti dish al ragù … nulla è impossibile.

For everything else, there is Pop In the City (if you want to review the video of Pop In Bologna!)